Don’t Lowball Me: The Hidden World of Pawn Shops From Pawnguru.com 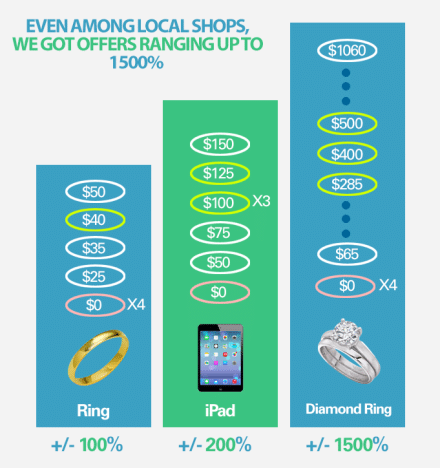 More than 30 million Americans routinely rely on pawn shops. For them, selling or pawning their possessions is the difference between keeping the lights on and living in the dark. But for such a big industry – nearly $15B in revenue per year – there’s very little transparency in how pawn shops work. At PawnGuru, we began to ask questions.

Our first question: how does a pawn shop decide what to offer for an item?

Suppose you gathered every pawn shop in your city and set them next to one another. How much would you expect their bids to differ as you walked from one shop to the next, item in hand?

Far more than you’d think. Last year, we visited eight Detroit pawn shops with a violin, an iPad, a gold ring, and a diamond ring. Items that went for hundreds at one pawn shop got less than $100 at others, or didn’t even get an offer.

For people who barely have the cash to make bus fare to a single shop, driving from pawn shop to pawn shop for half an hour isn’t an option. Yet that payout disparity could make the difference between making rent and getting evicted.

So we had to ask: is this normal for pawn shops? And if it is, what can we do about it?

What we found: massive inequality

The experience of going shop to shop inspired us to build PawnGuru, a website to bring customers offers from multiple nearby pawn shops. Consumers post items they want to sell, pawn or buy to our website, usually from their phones. Then pawn shops respond to these requests online, so consumers receive multiple offers.

Since July 2014 when we first went door to door, we’ve helped about 18,000 people pawn more than 24,000 items. The first version of our site was very simple: to make an offer, each shop would write down a dollar amount. Then we would display all of the offers on the item to the customer.

Shops used it but told us they wanted more ways to communicate with the customers. So we started to improve it: first, we added a way for the shops to ask a question or leave a comment (the customer had to call the shop to respond). Then we decided to add an important feature: a chat window, where the two parties can talk and negotiate. 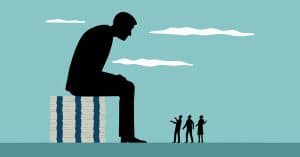 We can illustrate just how much pawn shop offers differ by looking at a representative dataset from those conversations, which shows how much variance exists:

The higher the percentage, the bigger the difference between the highest and lowest bid.

So why do pawn shops offer vastly different amounts of money for exactly the same item?

Early on, pawn shops told us they were seeing items that didn’t interest them. So we added item filters, and got on the phone and asked them why. It turns out that many pawn shops specialize in specific items. For example, roughly one fifth of our network of shops ignore designer clothes and handbags.

Some shops specialize even more narrowly. Some cities have a store or two that move TVs faster than anyone else. On the other hand, some pawn shops won’t accept smartphones or make very small offers on them, especially iPhones. Preparing a phone to be resold, particularly an iPhone, requires knowledge of removing personalization software like iCloud. Not all of them know how to do it, or want to take the time necessary to learn.

This all points to the first reason pawn shops offer different prices: they have different levels of product knowledge, and choose to specialize accordingly. E.g., not everyone knows how to tell whether a Tag Heuer is real or not. 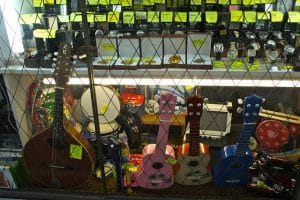 Different kind of items show different variance in the bids they receive. Jewelry has the largest spread, while video game consoles display the smallest. But even the latter is substantial – hovering around 50%.

That ties in closely to the second reason: some pawn shops are better at selling some kinds of items than others. Because pawn shops are middlemen, they have to buy items with their resale margins in mind. While we heard stories about pawn shops that were unusually good at selling certain items, we weren’t able to confirm that until we added another feature to PawnGuru a few months ago – the ability to buy items online from pawn shops.

We found that shops that pay more for an item also charge more when they sell it. When pawn shops sell an item for a higher price on PawnGuru, it means they’re able to move that kind of inventory effectively in store, or have an effective presence selling it on eBay. Pawn shops also think about how long it will take them to sell an item, which takes up valuable shelf and storage space, and ties up their capital. 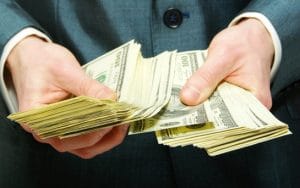 Pawn shops that seek lower margins generally have lower overhead – they’re leaner businesses. In addition, pawn shops that do a high number of transactions per month can also offer more up front, making up for the smaller profit margin with greater volume. But they all come to the negotiating table with their margins in mind.

The final factor is access to capital. Some pawn shops are self-funded while others take outside investors. But all of them are constrained by how much money they have to lend. As a pawn shop’s available capital declines, so does its ability to make competitive offers – which can result in fewer offers, smaller ones, or both.

Most people rely on their smartphones and laptops to research before they buy or sell an item. Why should the pawn world be any different? We built PawnGuru so our consumers could do just that.

By delivering multiple offers right to our user’s phones or laptops, we offer — for free — the ability to see all of one’s options.

The author, Jordan Birnholtz, is the director of marketing for PawnGuru. You can reach him at jbirnholtz@pawnguru.com.

Garden City Exchange will always make the Highest and Best Cash offer we possibly can on each and every item that comes into our store. Don’t Hesitate to call or Text us anytime if you want to sell or get a Loan!

Epilepsy Safe Mode
Dampens color and removes blinks
This mode enables people with epilepsy to use the website safely by eliminating the risk of seizures that result from flashing or blinking animations and risky color combinations.
Visually Impaired Mode
Improves website's visuals
This mode adjusts the website for the convenience of users with visual impairments such as Degrading Eyesight, Tunnel Vision, Cataract, Glaucoma, and others.
Cognitive Disability Mode
Helps to focus on specific content
This mode provides different assistive options to help users with cognitive impairments such as Dyslexia, Autism, CVA, and others, to focus on the essential elements of the website more easily.
ADHD Friendly Mode
Reduces distractions and improve focus
This mode helps users with ADHD and Neurodevelopmental disorders to read, browse, and focus on the main website elements more easily while significantly reducing distractions.
Blindness Mode
Allows using the site with your screen-reader
This mode configures the website to be compatible with screen-readers such as JAWS, NVDA, VoiceOver, and TalkBack. A screen-reader is software for blind users that is installed on a computer and smartphone, and websites must be compatible with it.

We firmly believe that the internet should be available and accessible to anyone, and are committed to providing a website that is accessible to the widest possible audience, regardless of circumstance and ability.

To fulfill this, we aim to adhere as strictly as possible to the World Wide Web Consortium’s (W3C) Web Content Accessibility Guidelines 2.1 (WCAG 2.1) at the AA level. These guidelines explain how to make web content accessible to people with a wide array of disabilities. Complying with those guidelines helps us ensure that the website is accessible to all people: blind people, people with motor impairments, visual impairment, cognitive disabilities, and more.

This website utilizes various technologies that are meant to make it as accessible as possible at all times. We utilize an accessibility interface that allows persons with specific disabilities to adjust the website’s UI (user interface) and design it to their personal needs.

Additionally, the website utilizes an AI-based application that runs in the background and optimizes its accessibility level constantly. This application remediates the website’s HTML, adapts Its functionality and behavior for screen-readers used by the blind users, and for keyboard functions used by individuals with motor impairments.

If you’ve found a malfunction or have ideas for improvement, we’ll be happy to hear from you. You can reach out to the website’s operators by using the following email

Our website implements the ARIA attributes (Accessible Rich Internet Applications) technique, alongside various different behavioral changes, to ensure blind users visiting with screen-readers are able to read, comprehend, and enjoy the website’s functions. As soon as a user with a screen-reader enters your site, they immediately receive a prompt to enter the Screen-Reader Profile so they can browse and operate your site effectively. Here’s how our website covers some of the most important screen-reader requirements, alongside console screenshots of code examples:

We aim to support the widest array of browsers and assistive technologies as possible, so our users can choose the best fitting tools for them, with as few limitations as possible. Therefore, we have worked very hard to be able to support all major systems that comprise over 95% of the user market share including Google Chrome, Mozilla Firefox, Apple Safari, Opera and Microsoft Edge, JAWS and NVDA (screen readers), both for Windows and for MAC users.

Despite our very best efforts to allow anybody to adjust the website to their needs, there may still be pages or sections that are not fully accessible, are in the process of becoming accessible, or are lacking an adequate technological solution to make them accessible. Still, we are continually improving our accessibility, adding, updating and improving its options and features, and developing and adopting new technologies. All this is meant to reach the optimal level of accessibility, following technological advancements. For any assistance, please reach out to