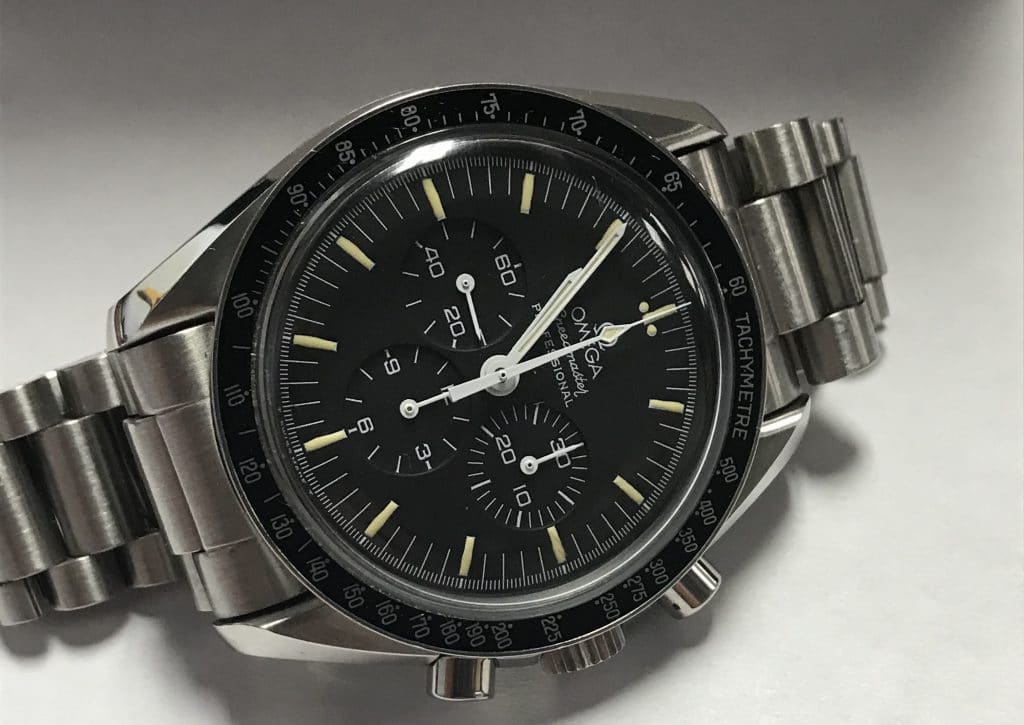 We do get some very unique watches at the shop from time to time and today I would like to spotlight a 1989 Omega 20th Anniversary Apollo 11 Speedmaster Moon Watch.  This Speedmaster was numbered 797/2000.  Only 2000 pieces have been made according to the side of the case & the accompanied certificate.  This watch is 29 years old this year and was originally purchased on June 6th, 1989 in Ann Arbor Michigan at Lewis Jewelers.  The watch was well cared for and from the looks rarely worn.  It came into the store with the original boxes & all papers including the receipt.  Priced at new for $980! 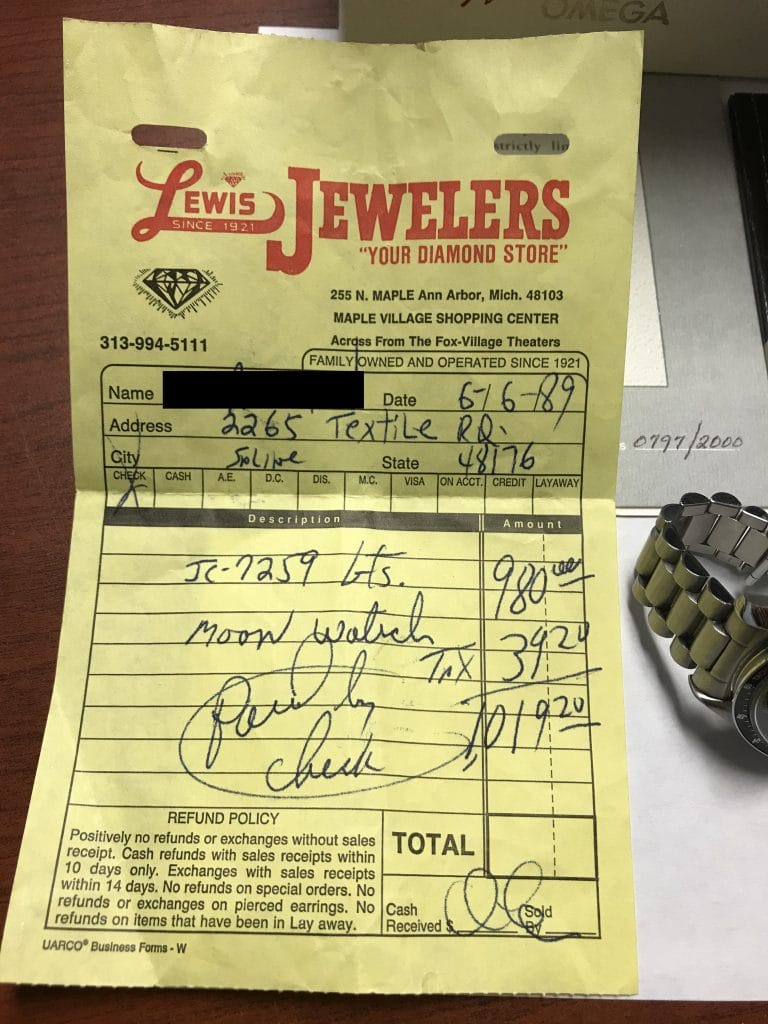 The omega commemorated the 20th anniversary of the Apollo 11 moon landing.

The Speedmaster Pro in general commemorates one of the greatest achievements in history, but every 5 years Omega puts a limited edition of the ‘Moonwatch’ on the market. In 1969 Omega of course produced the gold Speedmaster Professional with burgundy bezel that could be considered the first real Apollo 11 edition. In the 1980s Omega did another run of yellow and white gold Speedmaster Pro watches with a black bezel (yellow gold = 300 pieces, white gold = 20 pieces).

However, it wasn’t until 1989 before Omega put an Apollo XI anniversary model on the market in stainless steel. It is this model that recently came into the shop @ Garden City Pawn.

There are three batches of the Speedmaster Pro Apollo XI from 1989. The one we feature today was made for the US market, with 2000 pieces only. The certificate indicates that there are 2000 pieces world wide, but that is clearly not the case. There has been a another run of 4000 pieces for the global market and another 250 for the German market only. There is one thing that makes these three batches different though, the description in the side of the case.

The rest of the watch is equal to the standard Moonwatch, reference 145.0022. The packaging was different though. Where Omega normally used the grey or red boxes at the time, this watch came in a wooden box with a neat certificate ‘signed’ by Thomas P. Stafford and an Apollo 11 patch (see above).

Inside, this watch has the famous Lemania based Omega caliber 861. It is still the yellow gilded version. Although the watch is pictured here with a ref. 1479 bracelet, the watch either came on a leather strap or a ref. 1450 or 1479 bracelet. Originally, a black velcro strap was added to the package as well.

Is this watch rare? Well, with 6250 watches you could hardly say they are. However, if you drill them down to the three different markets and even drilling the US version down to 3 different versions of the inscription, it is quite rare. Currently, there are four Speedmaster Pro Apollo 11 Editions for sale on Chrono24. One of them is a German market version, one of 250. They range between $4000 USD – $6500 USD depending on condition and whether they consist of the full set. We expect that the price of these limited editions to go up in any case, as the demand is still growing.

Please take a look at our full set of pictures of this wonderful Speedmaster Pro Apollo 11 20th Anniversary Edition below. Some info we used from the Moonwatch Only book. The best reference on Speedmaster watches there is available today. You can order a copy here. 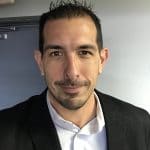 Garden City Pawn Buys & Sells Luxury watches from Rolex, Omega, Breitling, Tag & others at all times.  As Always Garden City Pawn will make the Highest and Best Cash offer we possibly can on each and every item that comes into our store. Don’t Hesitate to call or Text us anytime if you have something to sell or Pawn!  -Tom 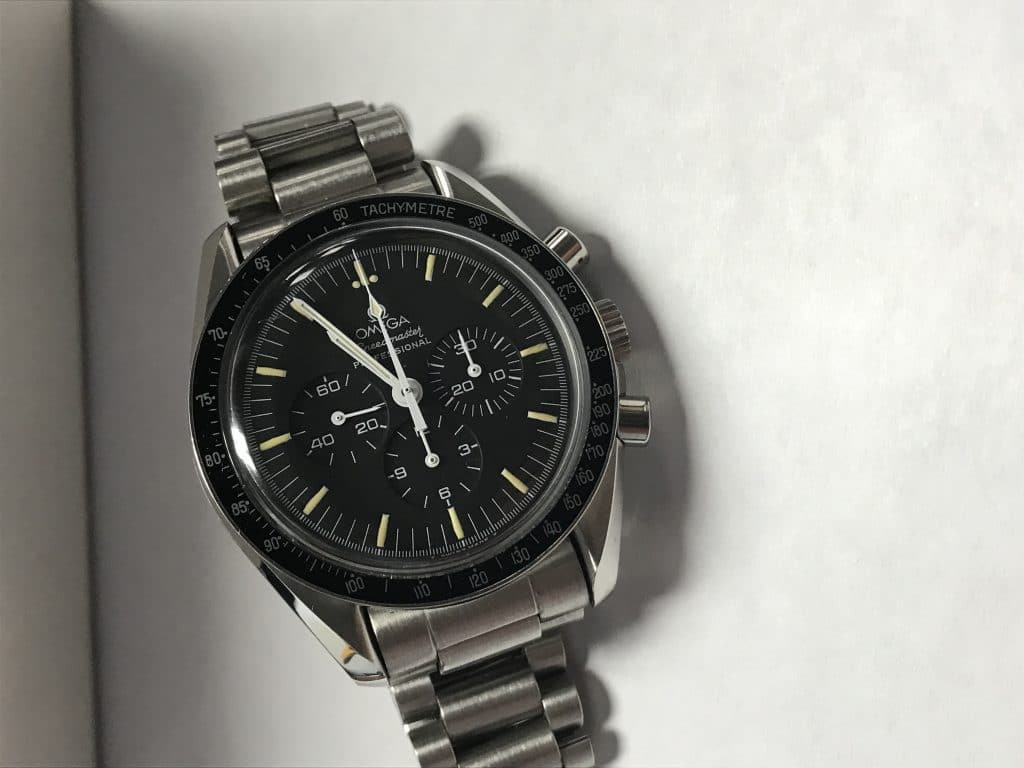 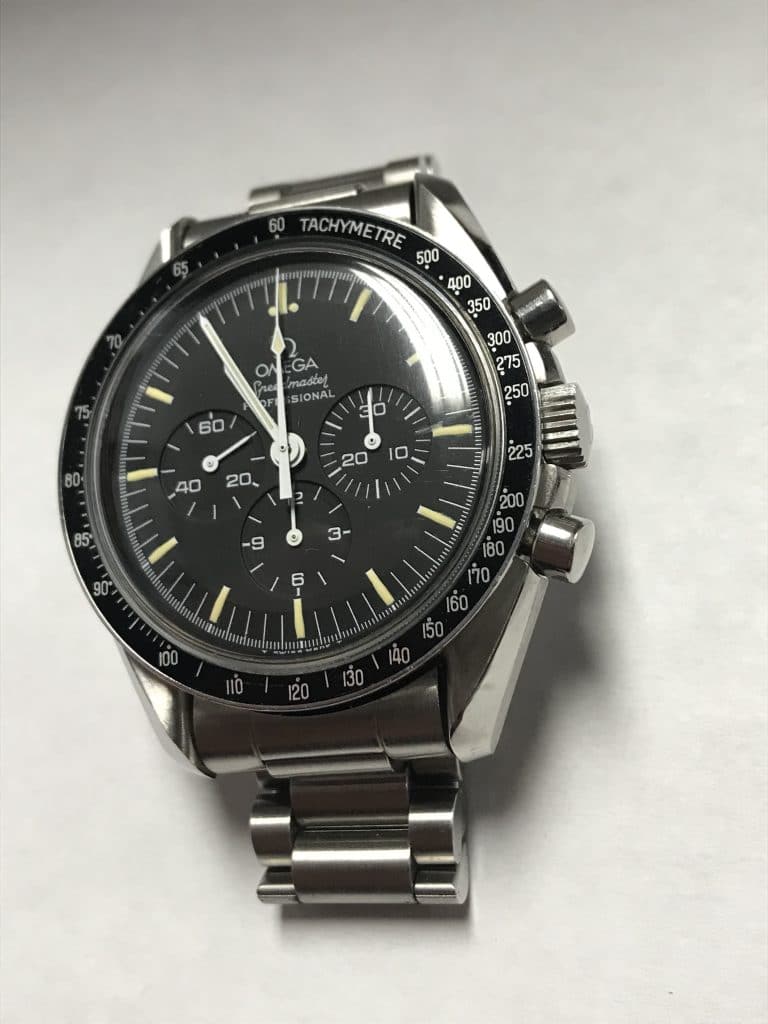 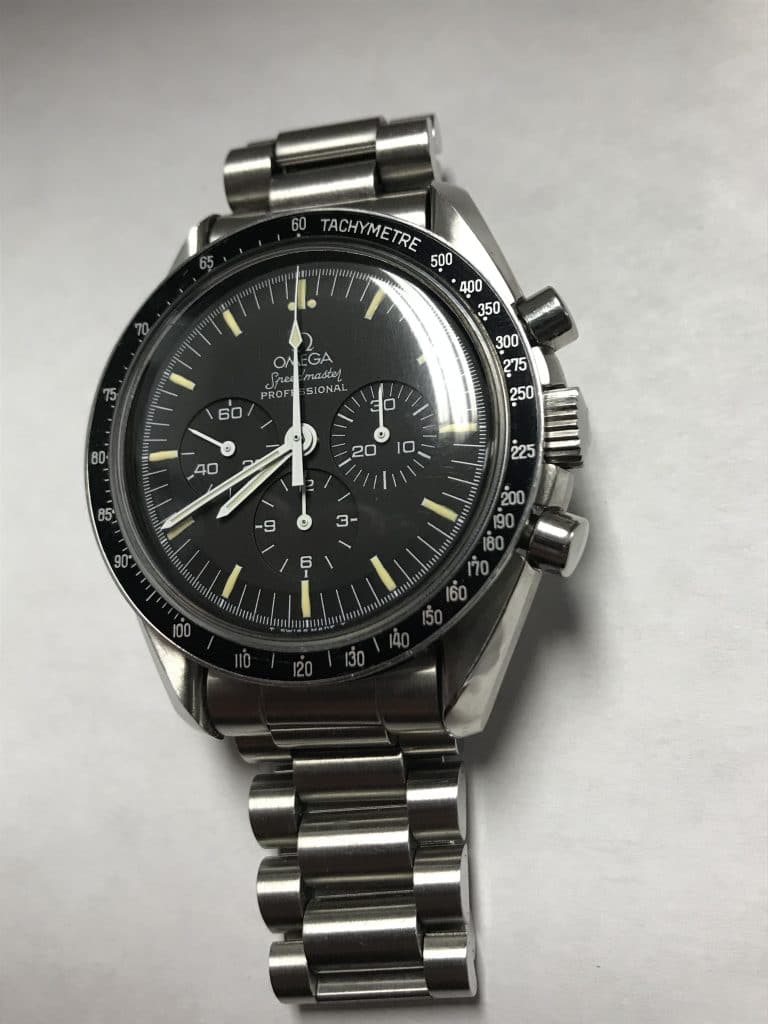 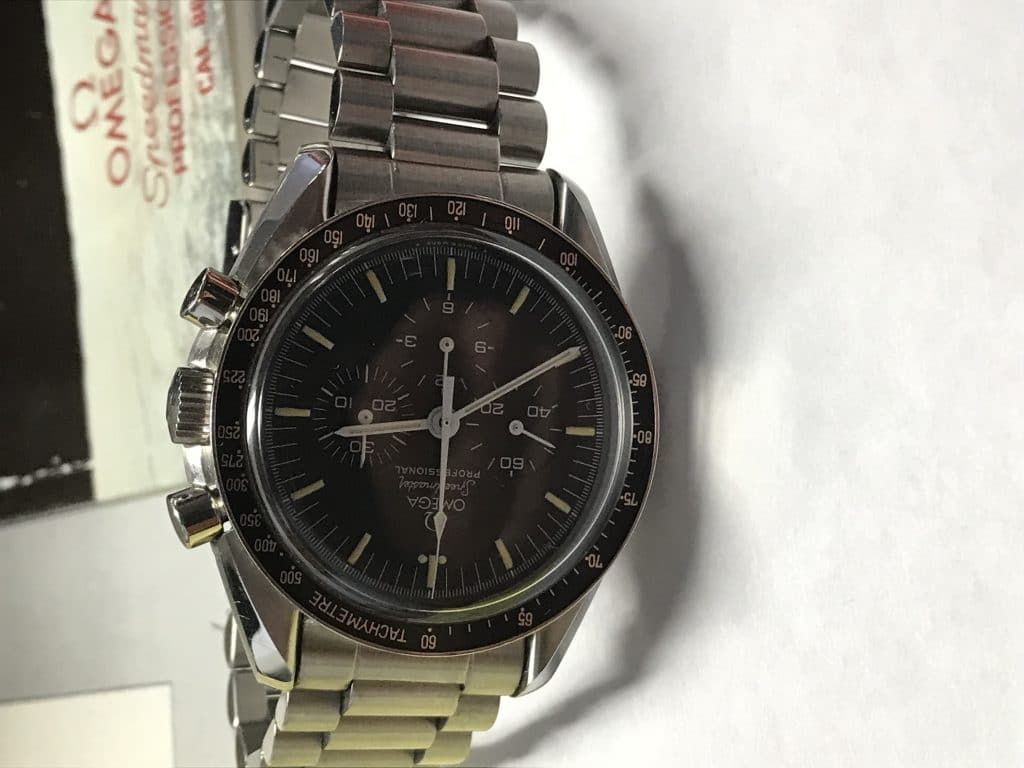 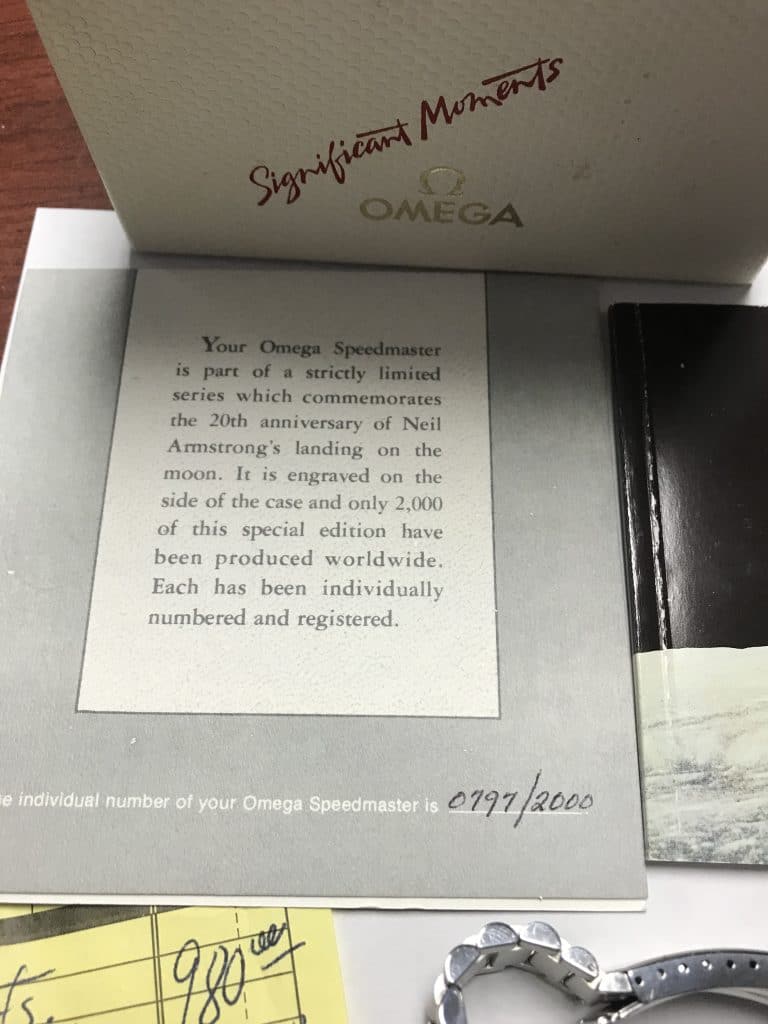 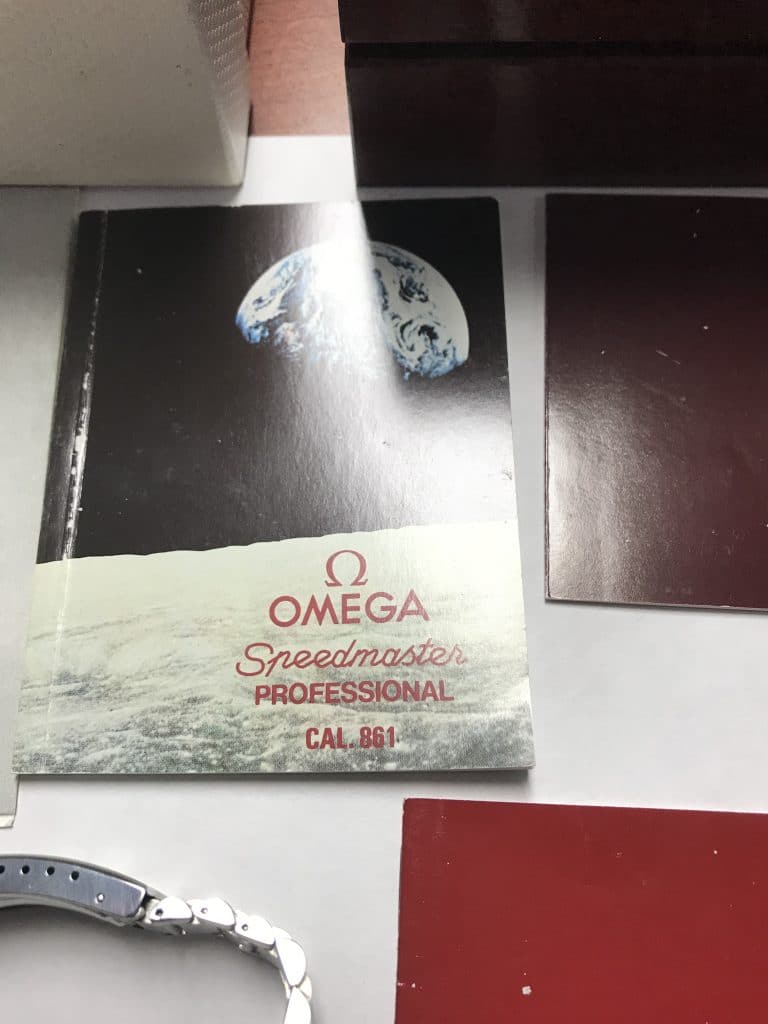 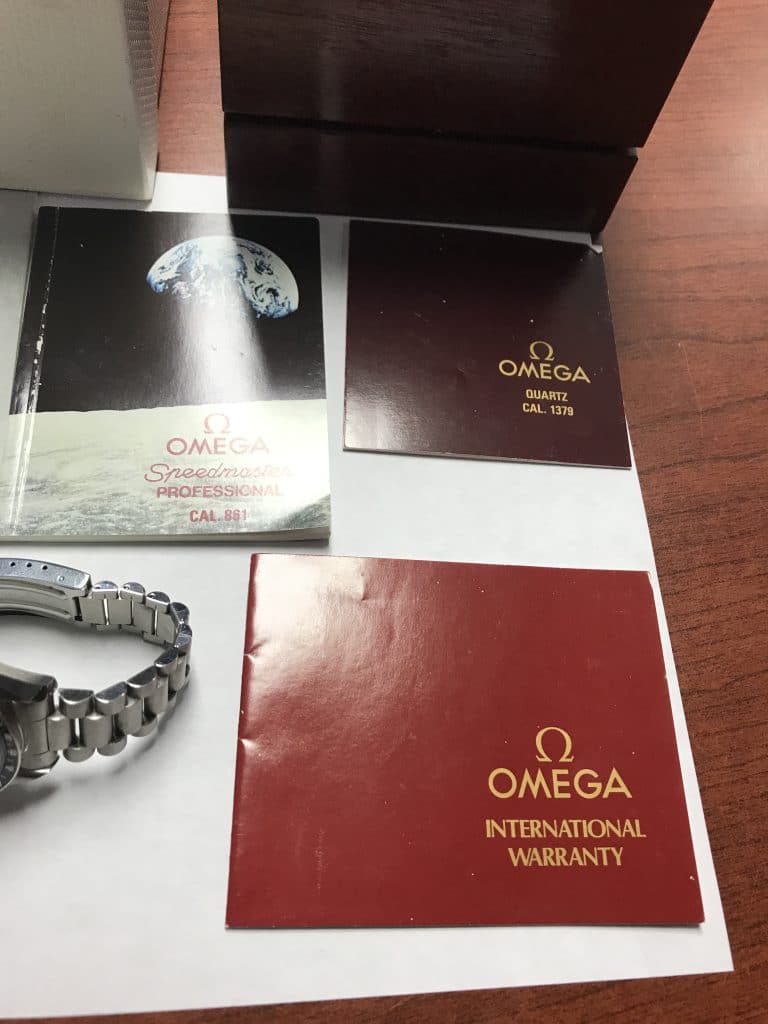 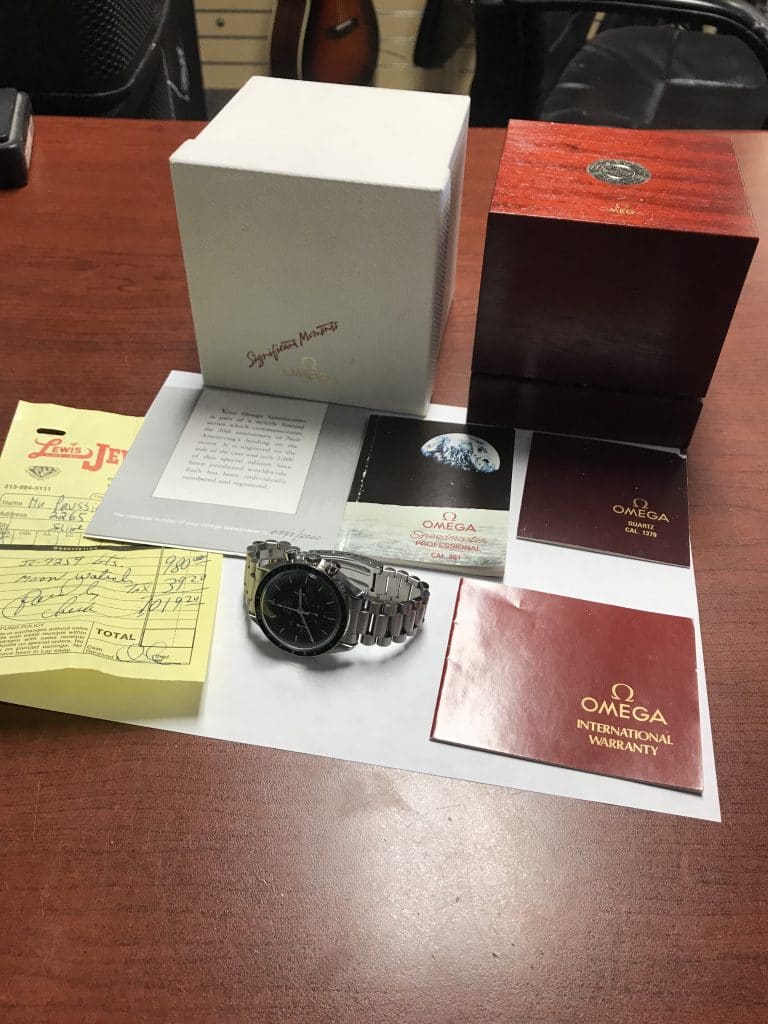 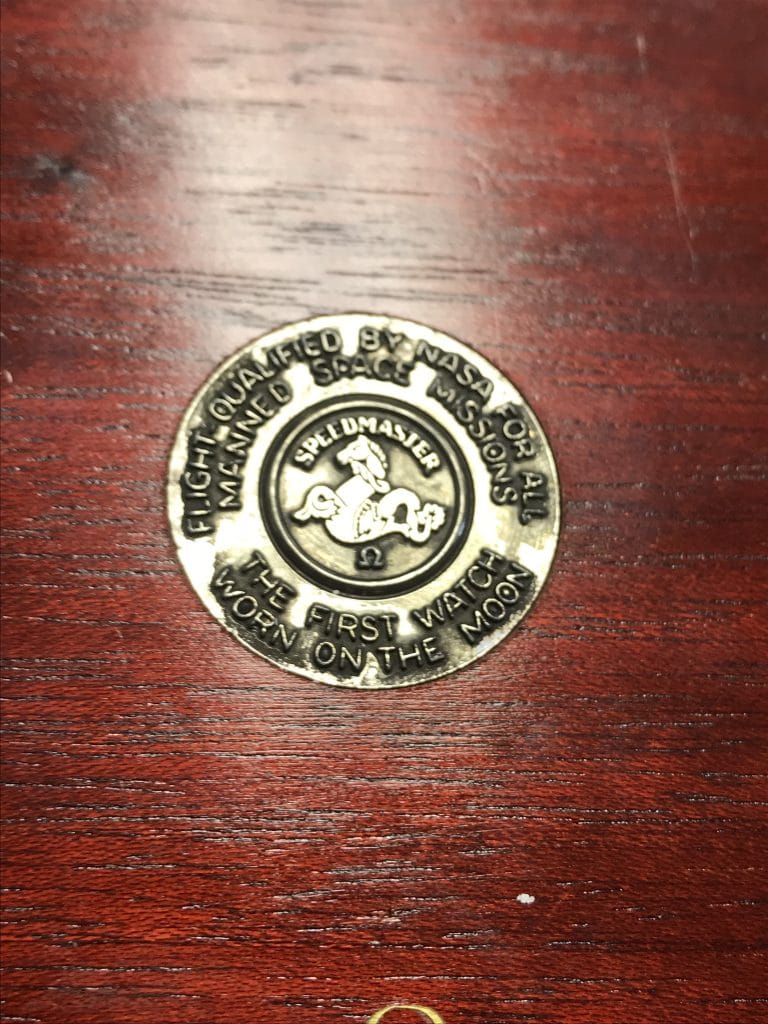 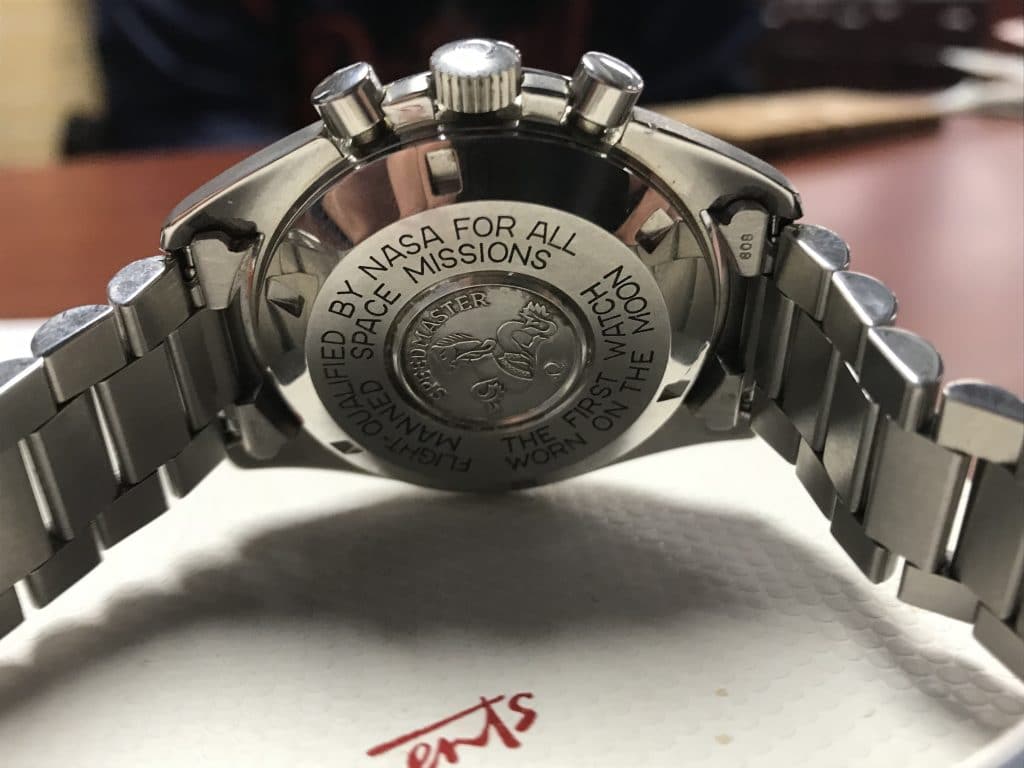 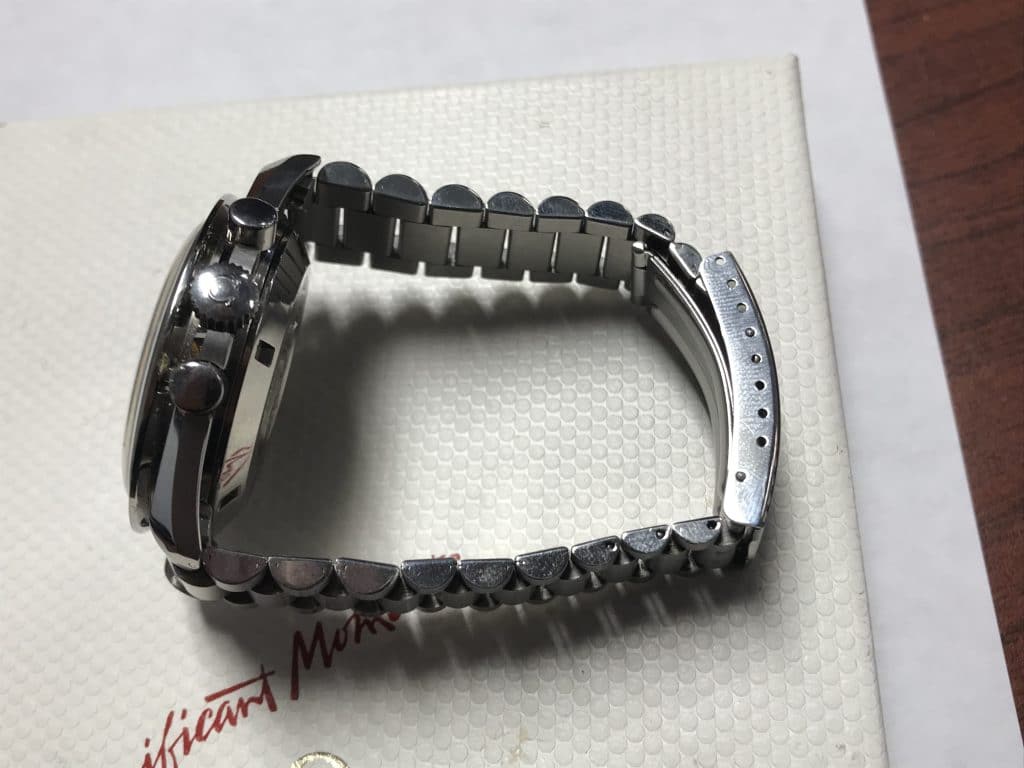 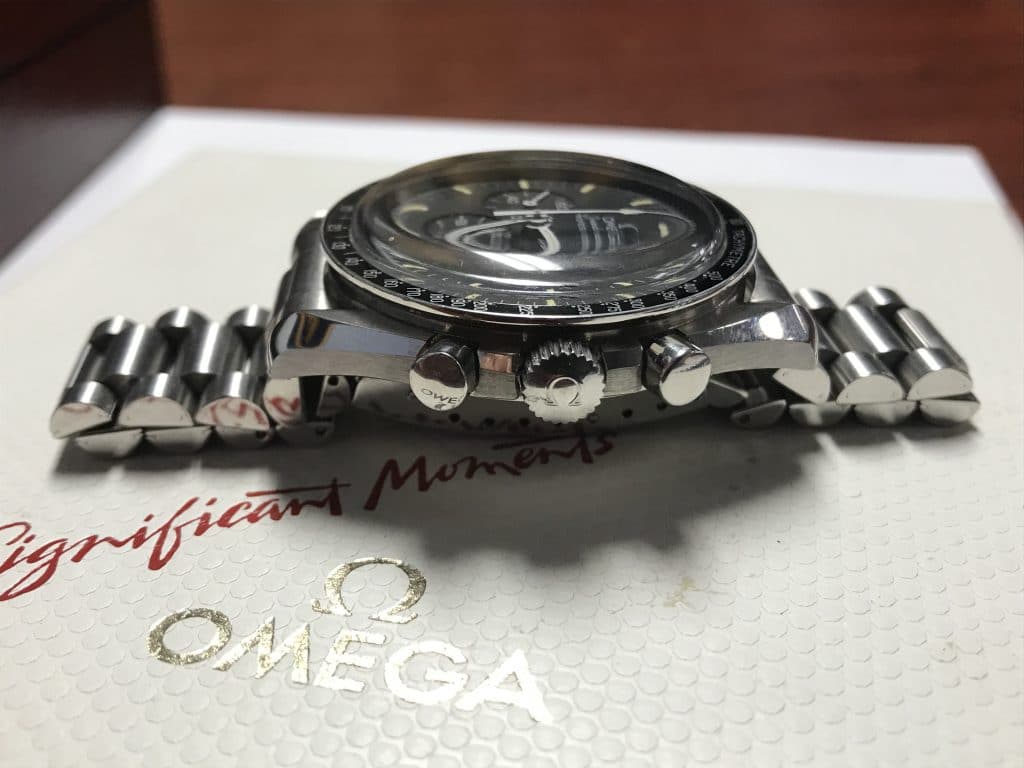 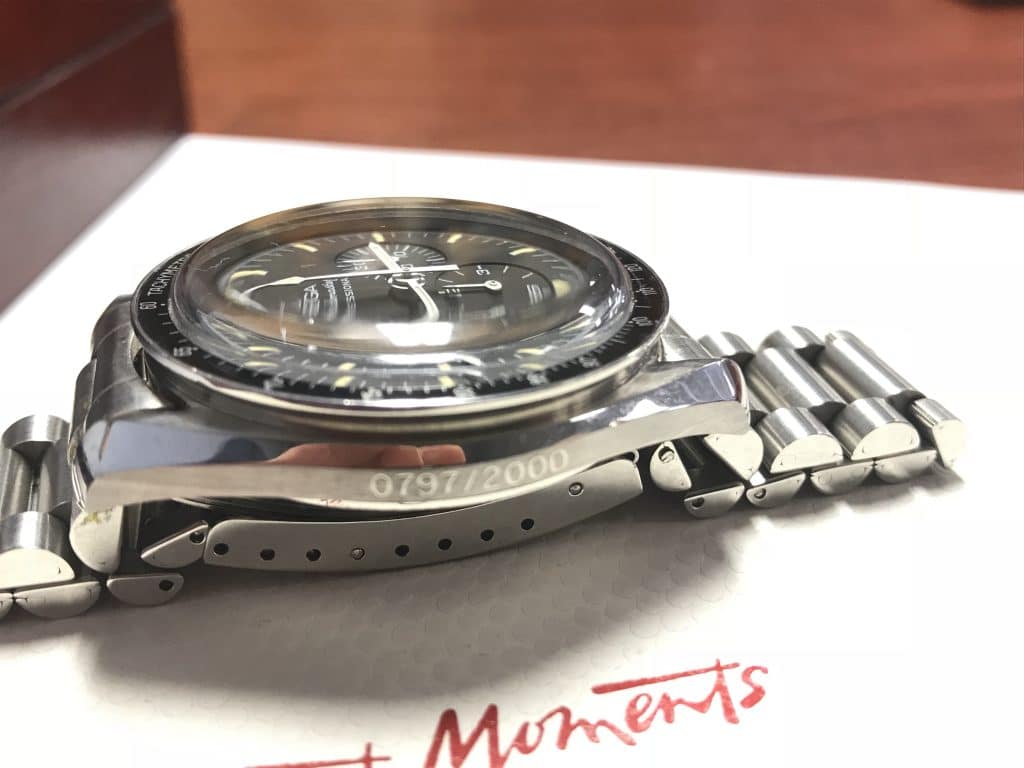 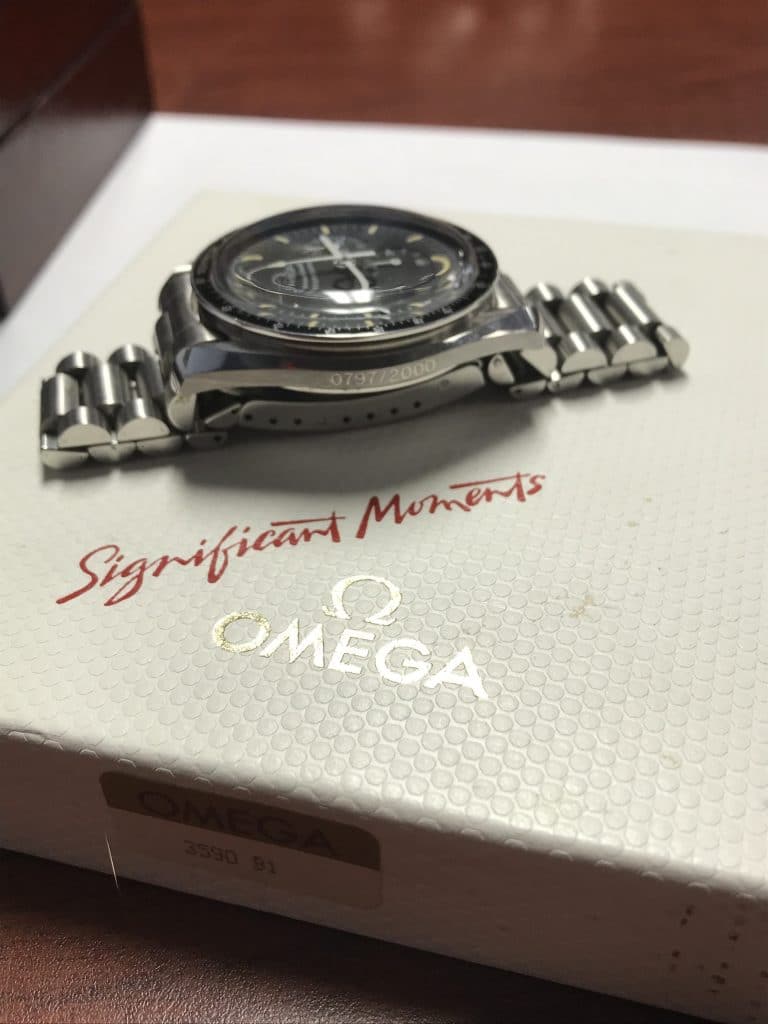 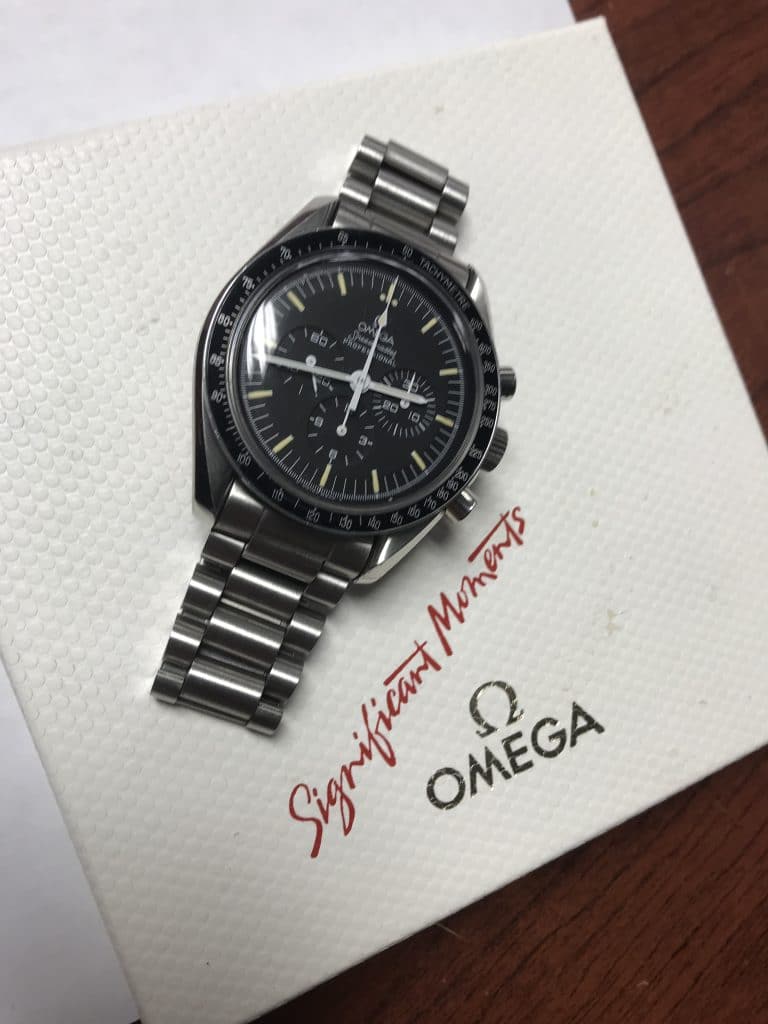 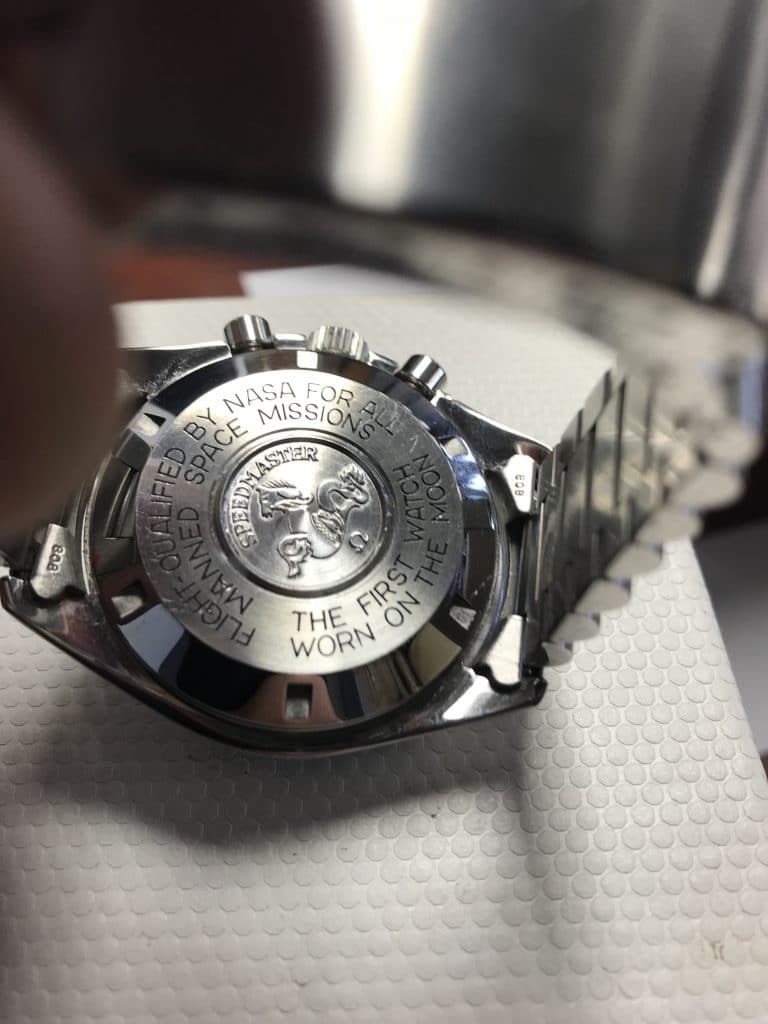 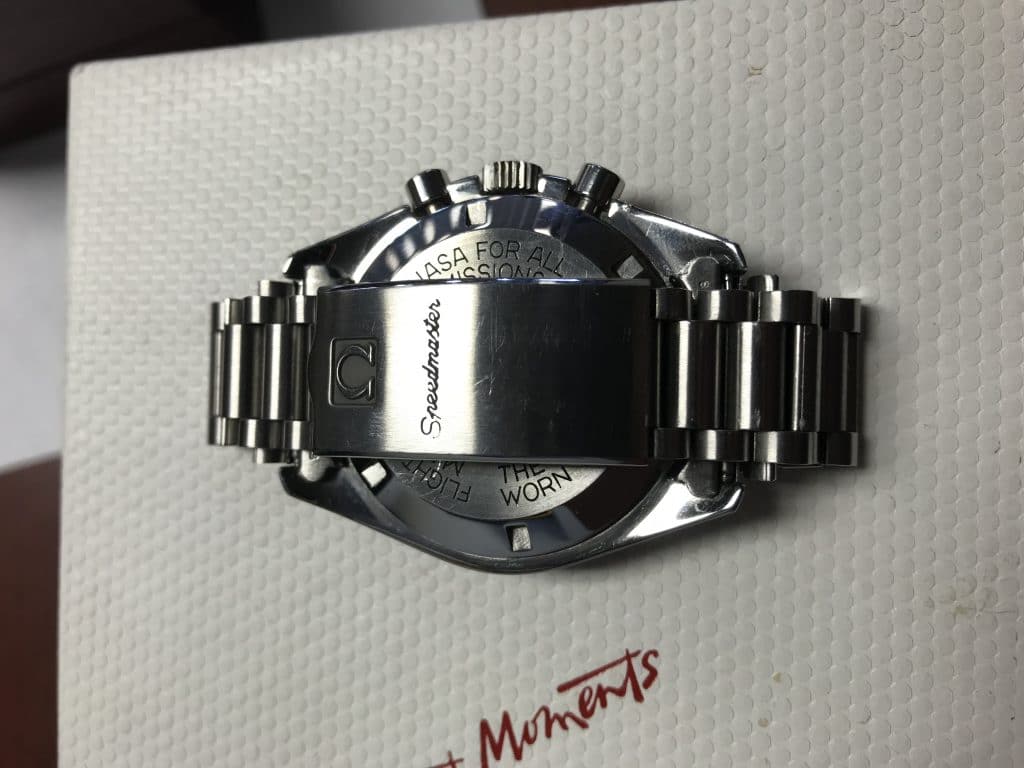 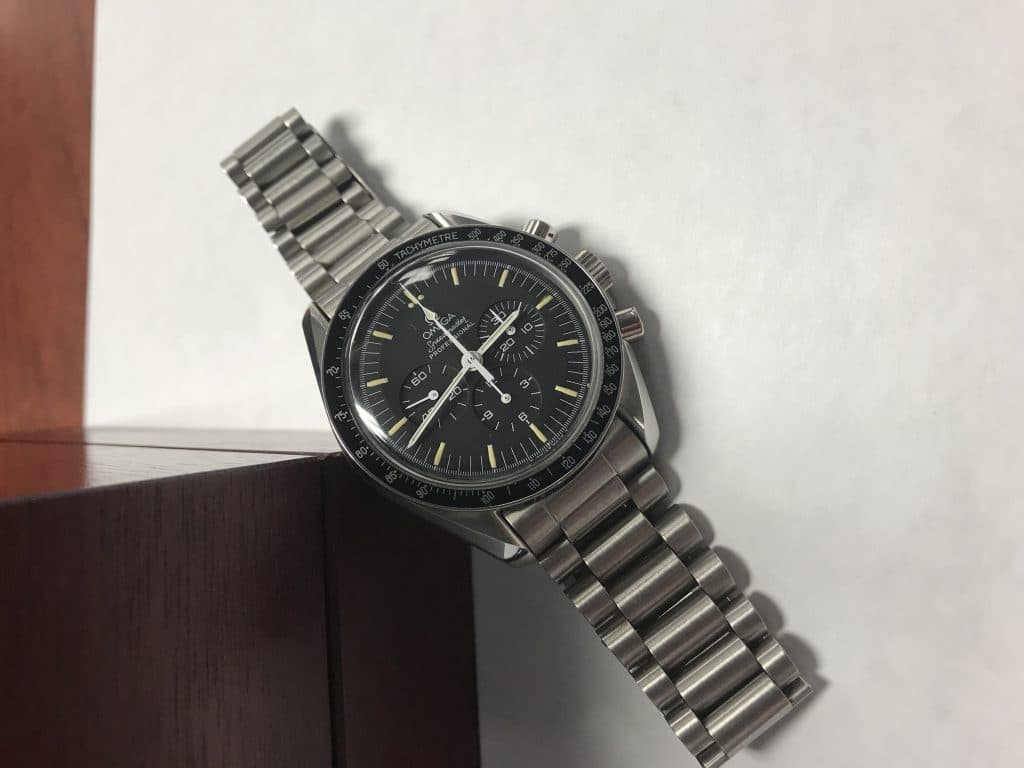